Jonathan Shubert is a school teacher turned World Record breaker, having become the first human to cycle 100 miles in under three hours. Having also broken the World record for cycling 1200 kilometres from Muscat to Salalah in under 48 hours, Jonathan has borrowed knowledge from a variety of industries to help him challenge conventional ideas and become a national time trial champion. Now booked as a speaker, Jonathan shares stories of his World Record-breaking feats and achieving excellence.

Jonathan Shubert went from a school teacher to a World Record breaker after he narrowed the World Record for cycling 100 miles in under three hours by 13 minutes and the record for the 1200 kilometres Oman crossing from six days to 47 hours. Now a television presenter for National Cycling Network Limited, Jonathan is also booked as a speaker to share how he has pushed boundaries of what thought possible and the potential of unrestrained thinking.

After his studies at the University of Leeds, Jonathan began his career as a Retail Sales Assistant for Condor Cycles. He then returned to university, studying Secondary Education and Teaching at Aberystwyth University. He then began his career as a teacher, teaching Science at Burnham Grammar School. After working here for a year, Jonathan then became a European Tour Guide for La Fuga Cycling Tours and then a Teacher of Biology and Additional Sciences at British School Muscat.

Other prominent roles have included being a Tour Guide for twowheeltours and an Haute Route Oman Ambassador for Oman Sail. Trekking across various different countries, Jonathan decides to use his expertise from a variety of industries to complete a world first. Adapting his bike to be the most aerodynamic it could be, Jonathan won the British National 24-Hour Cycling Time Trial in 2014 and the British Best All-Rounder in 2019. He also broke the World Records for cycling 1200 kilometres from Muscat to Salalah in Oman and became the first man to break the three-hour barrier cycling 100 miles. In reward of his incredible cycling feats, Jonathan has recently become the recipient of the Bidlake Memorial Award- one of the greatest British accolades for outstanding achievements in cycling.

Demonstrating the potential of unrestrained thinking, Jonathan is now available to hire as a speaker for a range of corporate and public events. With a background in everything from science and technology to retail, hospitality, pedagogy and international relations, Jonathan is guaranteed to bring something special to each event he attends. Inspiring audiences with tales from his World Record-breaking feats, Jonathan empowers audiences to think outside the box and challenge conventional ideas. Having previously spoken at the 2018 Hassak Adventure, Jonathan is a seasoned speaker and is confident in the face of a large audience. When looking for a speaker with a great sense of adventure who will leave audiences talking of your event for months to come, hire Jonathan Shubert today!

Back to 'Sports Speakers'
To book Jonathan Shubert as the speaker for your corporate event, function or conference, contact The Motivational Speakers Agency using the contact details below:
Enquiry form 0207 0787 876 [email protected]
* 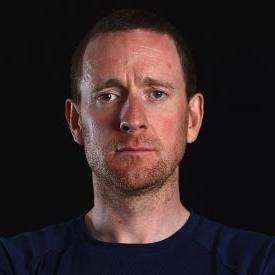