Michael Jordan is widely regarded as a legend in the world of Basketball. Former professional player, Michael has played for the Chicago Bulls and the NBA All Star team and is currently the principal owner of Charlotte Hornets. Named “the greatest basketball player of all time” by the NBA, Michael has continually wowed the crows with his impeccable talent for the sport, gaining a huge fan base along the way. As a speaker he is sought to cover the amazing and illustrious sporting career he has lead, inspiring others to follow in his footsteps.

Michael first began playing basketball in his youth, playing for the Laney High School junior varsity team. Quickly proving his worth as a player, Michael played throughout his time at college with Tar Heels earning the ACC Freshman of the Year Award, before he was selected to play with the Chicago Bulls in 1984. Beginning as a rookie with the Chicago Bulls, Michael soon established that he was a player to watch, dubbed “the phenomenal rookie of the Bulls” by The New York Times. From that point on Michael played impeccably for the team, helping the Chicago Bulls to win six championships.

Playing in the NBA for 15 seasons, Michael was fortunate to be selected for 14 NBA All-Star Games. Prominently known for his slam dunks and leaps, Michael has been dubbed with the nicknames “His Airness” and “Air Jordan”. Emerging as a league star, Michael has accumulated countless awards throughout his illustrious career. He has claimed the NBA Finals Most Valuable Player Award six times, three All-Star Game MVP Awards, the 1988 NBA Defensive Player of the Year Award and he also holds the NBA records for career playoff scoring average, with 33.45 points per game and the regular season scoring average record of 30.12 points per game. In reward of his commitment to the game and impressive talent, Michael has been inducted into the Naismith Memorial Basketball Hall of Fame twice and the FIBA Hall of Fame.

Olympic success has also befallen Michael after he was a part of the United States Olympic Basketball team. Joining the team on two occasions, during the 1984 Los Angeles Olympic Games and the 1992 Barcelona Olympic Games, Michael has helped the teams to claim two Olympic gold medals. Called the “Dream Team”, Michael is amongst few of the only American basketball players to claim Olympic success as an amateur and a professional.

Michael semi-retired from the sport in 1993 moving to play in minor league baseball. His retirement was short-lived, and he returned to play for the Chicago Bulls in 1995. His return proved worthwhile, helping the Bulls to claim three of six Championship wins in 1996, 1997 and 1998. Retiring for the second time in 1999, Michael ultimately returned to play for Washington Wizards playing his final NBA seasons until 2003. During his career, Michael has been one of the most marketed athletes of his time. Endorsed by the renowned Nike brand, in 1984 a pair of trainers were designed called Air Jordans fuelled by Michael’s success as a player. Michael is now currently the principal owner of Charlotte Hornets, after retiring from playing himself.

Michael is now sought to deliver at a range of corporate events, favoured for his impressive tales of an elite sporting career. A career that demands great performance under pressure and impeccable teamwork skills, Michael is able to deliver authoritatively on what it takes to thrive and achieve peak performance.

Michael Jordan is widely regarded as a legend in the world of Basketball. Here are a selection of some of his greatest moments in play.
Basketball legend, watch Michael's Basketball Hall of Fame Enshrinement speech

Hailed as the Greatest Basketball Player of All Time

2009- Inducted into the Basketball Hall of Fame

Back to 'Sports Speakers'
To book Michael Jordan as the speaker for your corporate event, function or conference, contact The Motivational Speakers Agency using the contact details below:
Enquiry form 0207 0787 876 [email protected]
* 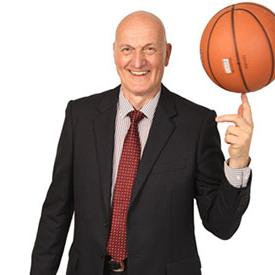 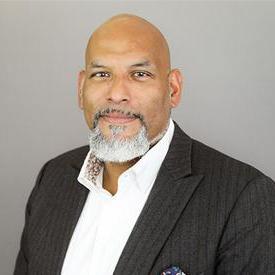