Founder and former CEO of Jukedeck, Ed Newton-Rex is transforming the way the world views creativity and artificial intelligence. As the current Product Director for TikTok Europe Ed's contributions are insightful and industry leading.

Composer, entrepreneur, writer and speaker, is there anything Ed Newton-Rex can’t do? Combing his creative flair with digital innovation has led Ed to become one of the most sought-after speakers in the industry, sharing his unique insights into a digital era. From founding the highly successful Jukedeck to futureproofing the global brand of TikTok, Ed’s influence has transformed the perceived capabilities of computers. As a speaker, Ed educates individuals and businesses on the benefits of infusing creativity with digital strategy. Supporting his audiences in their understanding of such a fast-paced field, Ed empowers his guests on how they can evolve to stay relevant in the future.

As Founder and CEO of Jukedeck, Ed is responsible for the world’s first artificial intelligence music composition venture. Building the business from the ground up, since 2011 Ed has combined his extensive knowledge of music creation and computer automation to develop a business that allows its users to create original music on demand. This unique concept saw Ed create music feature on TV, online and in radio, in addition to receiving the Cannes Innovation Lion. After nearly a decade of spearheading the start up to international acclaim, Ed sold Jukedeck to ByteDance in 2019.

Alongside his entrepreneurial ventures, Ed has pursued his other talents, gaining a reputation for his writing on the impact of artificial intelligence on creativity. As a contributor to The Spector, The Independent and Axios Ed is expanding the reach of his unique position in tech. When not writing about his experiences as a creative entrepreneur, Ed’s talents can be heard through his many published compositions on the likes of BBC Radio 1Xtra, The Choir of King’s College and Secret Cinema.

Currently, Ed is responsible for pioneering a new generation of social media as the Product Director for TikTok Europe. Formerly the artificial intelligence director for the UK branch, Ed’s insight has seen the video and music sharing app dominate the industry. Turning his experiences into implementable advice, Ed has shared TEDx talks and is a speaker for the Cambridge Judge Business School.

"Ed is a very talented and inspiring speaker. He can explain complex concepts in easily understandable terms, and engages his audience. His summary of music history and technology paired with his experience in entrepreneurship was particularly impressive for our guests at the Sonophilia Spark in Frankfurt" - Seda Röder, Founder, Sonophilia

“Ed is an articulate and highly knowledgeable speaker[, particularly when it comes to AI & creativity]. He presents with clarity and does a great job keeping audiences engaged. I really can’t recommend Ed highly enough.” - Ahmed Razek, BBC

“Please can you pass on our thanks to Ed. His talk today on AI and creativity was truly fascinating and real food for thought. Our audience thoroughly enjoyed it.” - Elise MacDonald, Joint Managing Director, Lux Events

Writer for The Spector, The Independent and Axios

Back to 'Technology & Innovation Speakers'
To book Ed Newton-Rex as the speaker for your corporate event, function or conference, contact The Motivational Speakers Agency using the contact details below:
Enquiry form 0207 0787 876 [email protected]
* 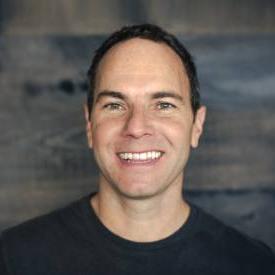 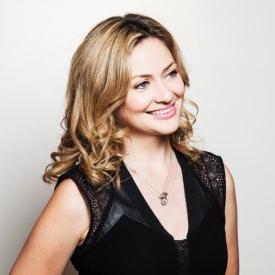 Kathryn Parsons Co-Founder & Co-CEO of Decoded, Honoured with an MBE