Reni Eddo-Lodge is a leading journalist and author, who commits her work to feminism and awareness of structural racism. The author of Why I’m No Longer Talking To White People About Race, Reni became the first Black British woman at No.1 on the British book charts and she has also contributed to the likes of The Guardian, The Independent, Vice and Buzzfeed. Named on the Elle Inspire 100, Reni is now booked as a speaker for events to share her passions for anti-racism and feminism.

Author and journalist, Reni Eddo-Lodge is best known as the author of Why I’m No Longer Talking To White People About Race. Making headlines as the first Black British woman at No.1 on the British Book Charts, Reni is a Sunday Times and New York Times Bestseller and passionately raises awareness of structural racism. Also passionate about feminism, Reni is now booked as a speaker for corporate events to ignite positive change in regard to discrimination, diversity, inclusion and equality.

Currently a freelance journalist, Reni has contributed her expertise to countless top publications – including the likes of The Guardian, The New York Times, BuzzFeed, The Independent and The Daily Telegraph to name but a few. She has also appeared on the likes of Woman’s Hour and Night Waves, on which she discussed feminist issues. Reni has also launched the About Race with Reni Eddo-Lodge podcast, on which she speaks about feminism, race, multiculturalism and more. Her book and podcast have earned her countless awards, including the 2018 Bread and Rose Award for Radical Publishing, the 2018 British Book Award for Narrative Non Fiction, the 2018 Most Influential Book Written by a Woman and the Orwell Prize for Political Writing.

Sharing her personal experiences of racism, Reni empowers and inspires others to speak out on the discrimination that continues to be prevalent in society. Reni’s book rose in popularity during the Black Lives Matter protests after the death of George Floyd, proving her prominence as an anti-racism activist. Her prominence has also seen Reni named on the European 30 Under 30 list by Forbes and as one of the 30 Most Exciting People Under 30 in Digital media by The Guardian. She has been named as part of the Elle 100 Inspirational Women and on The Root’s 30 Black Viral Voices Under 30 list. Also the recipient of three Lovie Awards, Reni is without a doubt a transformational figure in the fight for diversity, equality and inclusion.

With a successful career as a journalist and author behind her, Reni uses her prominent platform to bring attention to the racism that continues to be prevalent within society. Encouraging all to become involved in the journey to a more progressive and inclusive world, Reni is the perfect choice as a speaker to encourage conversations of diversity and equality within the workplace. When looking for a speaker who is helping in the battle to make the world a better place for all no matter race, gender, ethnicity or religion look no further than passionate feminist Reni Eddo-Lodge.

Back to 'Diversity and Inclusion Speakers'
To book Reni Eddo-Lodge as the speaker for your corporate event, function or conference, contact The Motivational Speakers Agency using the contact details below:
Enquiry form 0207 0787 876 [email protected]
* 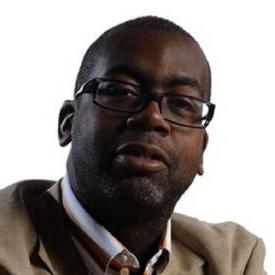 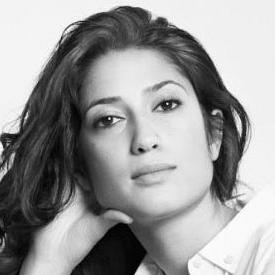