World-renowned explorer Sir Ranulph Fiennes has explored some of the world’s most awe-inspiring sights. Widely regarded as the World’s Greatest Living Explorer, Ranulph has traversed the world from Antarctica to the Sahara performing some of the greatest athletic feats. As a public speaker, Ranulph takes audiences on a journey across all of his intrepid adventures, enriching them with the lessons of mental resilience, maintaining peak performance and leadership he learnt along the way.

Joining the Royal Scots Greys, Rannulph later progressed to become a member of the SAS and the youngest captain in the British Army. After spending eight years serving in the British Army, Ranulph fostered invaluable skills of maximising peak performance, decision making under pressure and working in a high-profile team. Two years of his service was spent seconded to the Army of the Sultan of Oman, dealing with a communist insurgency. In 1971 he decided to leave the army, and devote his attention to becoming an expedition leader.

Accompanied by his wife Ginnie, the pair performed expeditions that placed them at the forefront of the world of exploration for over three decades. Rannulph began his expeditions back in the 1960s, exploring the White Nile on a hovercraft and Norway’s Jostedalsbreen Glacier. Fuelled to push himself further, Ranulph attempted a Transglobe Expedition in 1979, becoming the first adventurer to cross the polar axis with only surface transport. Rannulph has also discovered the lost city of Ubar, a success after seven previous attempts over 26 years. In 1993 Ranulph took 93 days to cross the Antarctic, which soon came to be one of Ranulph’s most well-known missions after he was the first adventurer to cross the Antarctic unsupported. A mission that required faultless resilience, Ranulph is able to draw on such experience in his tenure as a motivational speaker inspiring future generations of explorers to test their boundaries.

In extreme conditions, Ranulph has learnt to think quickly under pressure, calculate risks and has fine-tuned his endurance to reach places no others have before. In 2000 he attempted to walk solo, unsupported to the North Pole but unfortunately was unsuccessful after his sledges fell through thin ice and he sustained severe frostbite on his left hand. Upon returning home Rannulph was left with necrotic fingertips, and after the doctors refused to amputate Ranulph cut off his own dying fingertips. Unfortunately, Ranulph also suffered a heart attack and underwent double heart bypass surgery. After a few months of recovery, he completed seven marathons in just seven days, the Land Rover 7x7x7. Running in Patagonia, the Falkland Islands, Sydney, Singapore, London, Cairo and New York City, Ranulph pushed himself to the extreme. A great desire of Rannulph’s was to scale Mount Everest, attempting numerous times to scale the mountain before successful being the oldest Briton to scale Mount Everest in 2009.

Ranulph has been named Just Giving’s Greatest Celebrity Fundraiser, raising an incredible £2.5 million for the charity Marie Curie. He has also been awarded the 2007 Greatest Britons Award and the honour of OBE. In reward for his services to British Polar exploration and search, Ranulph has also been awarded the Polar Medal. Alongside his incredible commitment to exploration, Ranulph has created quite the reputation as an author publishing over 30 books. Now also sought after as an intriguing and motivational speaker, Sir Ranulph is highly-engaging discussing the lessons he learnt whilst traversing the globe. Charismatic and unphased by a large crowd, Sir Ranulph is guaranteed to hook audiences with his incredible tales of the globe.

"The session was amazing, Sir Ranulph’s story is beyond anything I could’ve imagined and was fascinating from beginning to end. We even had some people say he is the best speaker they’d ever heard/seen!" - Sam, FireEye

“Ran was incredible, the feedback from our delegates has been fantastic – and he’s a really nice guy too a pleasure to work with.” - Tina, Sapphire

“Fabulous – a remarkable man who gave a brilliant presentation and was a delight to deal with.  Nothing was too much trouble and the talk was as good as it gets – inspirational, witty, humbling and enthralling. You won’t do any better than have Ranulph Fiennes as your guest speaker” - Consort Medical

“Thank you for your help with Sir Ranulph attending our event. I have had outstanding feedback on his presentation, it was superb. I also thoroughly enjoyed getting to spend time with him and I found him brilliant to work with." - Chris, Elite Programme Coordinator, UK Sport

“Ranulph was absolutely fantastic yesterday. His talk was very well received by all of our staff and he sold out of his books! Even got myself a selfie or two." - Julia, Playtech

“Our conference went really well and Ranulph was great. He is a very interesting man." - Kate, Asset Finance Solutions

“He was fantastic and I think he enjoyed it too. Absolutely great and entertaining speech too.” - Jai, BP

“Ran’s talk at the 100 Property Club Xmas Dinner on 11th December 2018. In my opinion, Sir Ranulph was the best speaker we have ever had. He was extremely entertaining and our guests only said glowing things about his talk. He was a complete professional on the night and was a pleasure to be with. I regretted only letting him talk for an hour as could have listened to him for much longer. I would happily recommend him.” - Richard, Vail Williams LLP

Back to 'Explorer & Adventure Speakers'
To book Ranulph Fiennes as the speaker for your corporate event, function or conference, contact The Motivational Speakers Agency using the contact details below:
Enquiry form 0207 0787 876 [email protected]
* 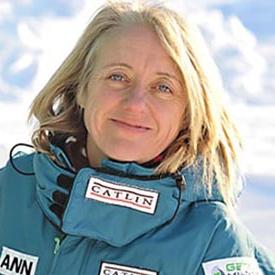