Felix Baumgartner is widely known for his daredevil feats as a skydiver and BASE jumper, having completed a jaw-dropping jump to Earth from a helium balloon in the stratosphere. Felix has performed incredible jumps and skydives all over the world, everywhere from Kuala Lumpur to Sweden, on top of the Turning Torso and the Millau Viaduct. Now booked as a speaker for a range of corporate and public events, Felix shares tales from his impressive feats of bravery along with topics of risk management and life discipline.

Felix Baumgartner is famed for his incredible feats of bravery as a BASE jumper and skydiver. Performing a variety of stunts around the world, Felix is best known for the jump that he performed jumping to Earth from a helium balloon in the stratosphere. This feat earned Felix world records- setting the world record for skydiving 39km and becoming the first person to break the sound barrier without vehicle power. He also claimed world records for vertical freefall distance without a drogue parachute, exit altitude and vertical speed without a drogue.

This is not the only daredevil stunt that Felix has performed, undertaking a series of jumps all over the world in places such as Sweden and Kuala Lumpur. In 1999, Felix set his first world record after he performed the highest parachute jump from the Petronas Towers in Kuala Lumpur. Thrilled by the sense of adrenaline that he experienced from the jump, Felix has since become the first person to skydive across the English Channel and the first person to BASE jump from the Millau Viaduct.

Felix has also performed the first skydive onto and BASE jump off of the Turning Torso in Sweden and became the first person to jump from the 91st floor of the Taipei 101 in Taiwan. His incredible daredevil feats have earned Felix countless awards, including the Laureus World Action Sportsperson of the Year 2013 and the Mankind Award at the Spike Guys’ Choice Awards. He has also been ranked amongst the 51 Heroes of Aviation by Flying Magazine and named as one of the Men of the Year by Top Gear Magazine. He has also claimed the Bambi Award in the Millennium category and was named as one of the Most Stylish Men by the Be Global Fashion Network.

Now booked as a speaker for corporate and public events, Felix fills audiences with awe from his tales of daredevil jumps and skydives. Having witnessed and experienced the incredible, Felix shares with audiences his experience of jumping from the stratosphere and covers topics such as success, risk management, healthy living and life discipline. Having delivered speeches all over the world in places such as Singapore, Italy, Dubai, Monaco, Poland and Los Angeles, Felix is a seasoned speaker and confidently addresses a large audience such as at the World Risk Conference. When looking for a speaker who has performed the incredible and an expert in risk management and discipline, look no further than Felix Baumgartner.

"Amazing! Love him and his talk! Great guy!" - Symatec

"Felix was brilliant, he worked extremely well with the moderator. Everybody loved Felix and his awesome ventures" - Stavanger Chamber of Commerce 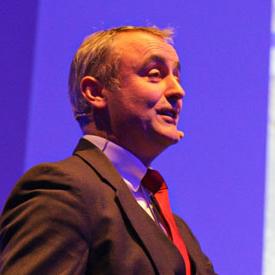