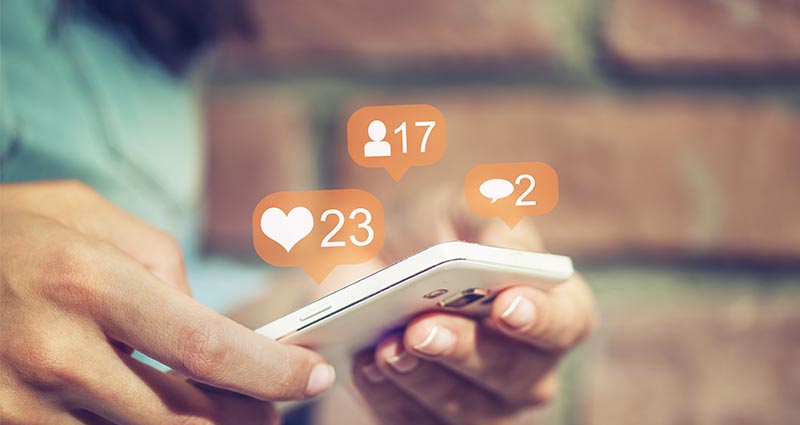 It is no secret that negative body image is linked to social media; in a survey of 227 female University students, women reported that they tend to negatively compare their own appearance with celebrities. Self-esteem has become a hot topic in the media, with countless online accounts popping up with the sole purpose of counteracting the #fitspo (“fit inspiration”) narrative - but are they making a difference? And is #fitspo as bad as they say? In short, yes… kind of.

Is Social Media To Blame?

Amy Slater, a professor at the University of West England, reported after her study that the term #fitspo can be linked to a lowered self-esteem. In her 2017 study with 160 female undergraduates, the participants were shown existing Instagram accounts including either #fitspo, self-compassion quotes or a mixture of the two - those who viewed the accounts that focused on physical fitness produced lower scores of self-compassion when compared to accounts that only posted “self-love” quotes. This notion is not just applicable to women, as another study found that men who frequently absorbed #fitspo content, were more likely to compare their own appearance to others.

Though many body positive Instagram accounts are making a real difference in the fight for higher self-esteem, they may still be adding to the fixation society has on bodily appearance. In a study with 195 young women, the participants were shown either body-positive content from popular accounts, photos showing “thin” women in bikinis or fitness gear, or neutral images of nature. Despite the results suggesting that #bodypositive content temporarily boosted the women’s body satisfaction, it was also found that the continued obsession with appearance, no matter how positive it may be, fed the fixation of comparing body types - the only posts that didn't trigger comparative behaviour, were the neutral posts. To improve the internalised assumptions we all have of the “perfect” body, we need to address why we think that such bodies are perfect and turn our focus on other positive aspects of ourselves other than the physical.

For centuries society has been conditioned to self-hate, from the Victorian era of corsets to the emotional cost of Facetune, humanity has been fighting a losing battle. Unreachable standards have been ingrained into society for hundreds of years, causing us to internalise a self-hatred so toxic it has led to eating disorders and even suicide. We as social media users need to practice self-awareness and avoid taking posts at face value when Facetune, plastic surgery and photoshop are so common. It may be beneficial for the focus to move from body fixation to valuing what else makes us us.

If you or someone you love is exhibiting extreme symptoms of negative mood, erratic behaviour and low self care, then find professional care immediately.

News Back to the news...
Related Posts
How a motivational speaker can help you move out of your comfort zone
Motivational tips to make you more productive
6 Secrets of Peak Performance: From Self Belief to Marginal Gains