Mark Williams is a mental health advocate, particularly passionate about the mental health of fathers and new parents. Founder of Fathers Reaching Out and International Fathers Mental Health Day, Mark campaigns tirelessly to raise awareness of the importance of paternal wellbeing. Highly sought as a motivational speaker, Mark is called upon to start conversations about perinatal mental health issues having now spoken at over 350 events.

Mark Williams is a passionate advocate for parental mental health, having experienced the hardships of mental health himself. Mark was overjoyed to find that his wife was expecting, however after a traumatic childbirth Mark found himself helping his wife through post-natal depression. Seeing his wife suffer and dealing with the pressure of new parenthood, Mark found it difficult to find someone to discuss his feelings with. As a result, he too became depressed, spiralling into a mental breakdown. Fortunately, Mark was able to find the strength to battle through his breakdown and depression, ultimately being taught cognitive behavioural therapy and becoming involved in the health sector.

After having spent time suffering from mental illness and feeling as though he had no one to turn to, Mark channelled his passion to found Fathers Reaching Out. Mark founded the organisation with the vision of helping other parents and fathers who were struggling with the pressures of parenthood and to spread the awareness of such a topical subject. Determined to further raise awareness of paternal mental health, Mark also founded the International Fathers Mental Health Day to spend an entire day bringing the importance of such a topic to light.

In reward of his commitment to the cause, Mark has been awarded the 2012 Inspirational Father of the Year Award and was also selected to meet the Royal Family on World Mental Health Day. He has also claimed the Pride of Britain Local Hero Award, a testament to his authority in mental health and illness. Mark also authored the book Daddy Blues, where he shares his story of depression and troubles of parenthood.

Mark now dedicates his time to working as a motivational mental health speaker, travelling the country to spread his important messages about paternal mental health. Although speaking about an important topic, Mark adds a humorous spin to his speeches. Having personally battled with his mental health and diagnosed with ADHD at 40 years old, Mark is able to share the first-hand experience of overcoming adversity and what it takes to do just that. Coaching and consulting, Mark helps dad’s and parents across the country to take control of their wellbeing, ensuring that whilst they are caring for their children, they are also caring for themselves. In a world where one in ten fathers suffer from post-natal depression, it is more important now than ever to have someone like Mark speak at events championing action towards a world that is more accepting of mental illness.

Mark Williams is widely known as an advocate for fathers mental health. Here he is delivering a TEDx talk on the importance of new fathers' mental health.

"Mark is a tower of inspiration, strength and dedication when speaking out for dads and families. It’s a pleasure and privilege working with him"- Dr Alain, Maternal Mental Health Alliance

"Mark Williams is a force of nature and has done a huge amount to raise awareness of perinatal mental health. By talking about his experiences he has focussed our attention on the effects that perinatal mental illness can have on the family including partners and reminded us of the importance of Dads. The world of Maternal Mental Health owes Mark a huge vote of thanks"- Professor Ian, National Centre for Mental Health

"Mark Williams is (by my book) the leading voice in the UK on Fathers’ Mental Health"- Dr Andrew, Lecturer Bournemouth University

"Thank you, Mark. It’s heartening to know that there has been that kind of positive effect. I greatly admire your work"- Dr Paul, Faculty of Medicine

"Thank you so much for your really fantastic talk today and yesterday. I know the audiences really enjoyed hearing from you. You are such a good speaker and communicate such a lot in terms of experience and work, with great thoughtfulness, honesty, humour and energy"- Dr Liz, The Royal College of Psychiatrists

"Mark is a hugely powerful and compelling speaker who brought honest and genuine insight to the NSPCC’s ‘Dad Project’ report which we published with the Design Council in 2015. He uses the power of personal experience to speak up for dads and presses home the importance of ensuring dads get the meaningful support they deserve"- Chris, NSPCC

Founder of Fathers Reaching Out

Winner of Inspirational Father of the Year 2012

Mental Health in the Workplace

Back to 'Mental Health Speakers'
To book Mark Williams as the speaker for your corporate event, function or conference, contact The Motivational Speakers Agency using the contact details below:
Enquiry form 0207 0787 876 [email protected]
* 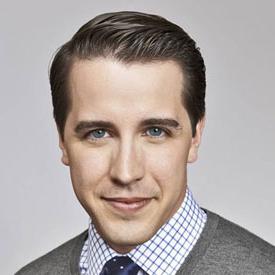